After I built my prototype, I remembered that the gap was for ME, not commercial production! Somehow I got distracted thinking about Professor Karl’s scooter and injection molds and all kinds of huge ideas for a consumer product. So I don’t think I’ll actually USE the selection matrix I made!  🙂 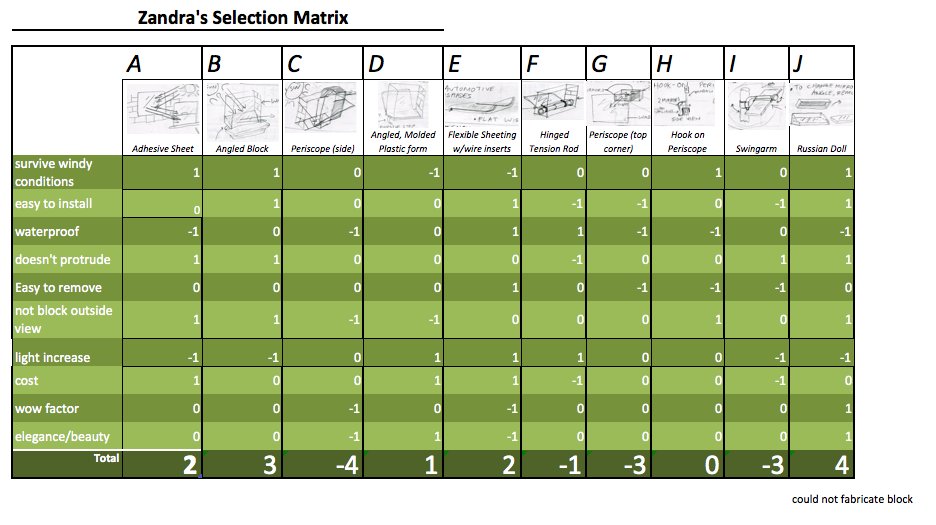 I was excited about my periscope idea (concept H,) but I after actually trying to build it, I saw that there was less light below my window and more above. So I couldn’t attach it with hooks. I made some “rope” from plastic shopping bags and tried to hang it. It did increase the interior light level, but only very slightly. 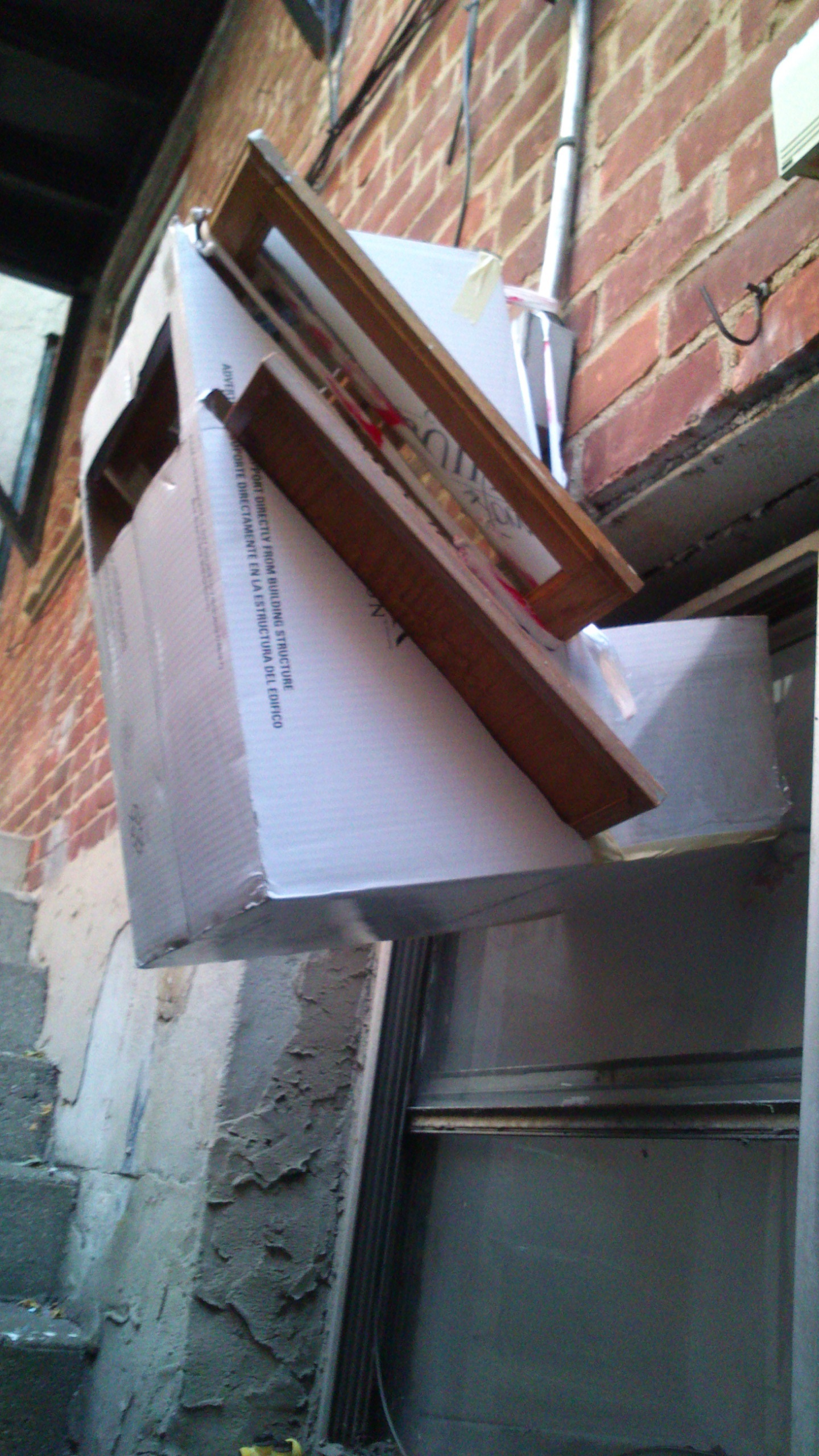 I found that my periscope concept would require a much taller, larger box in order to produce enough light to make a difference in my room.

For concept F, I abandoned the tension rod since I could not craft hinges strong enough. I ended up playing around with the mirrors and eventually returned to my original concept from Week 1. It worked very well and really brightened the room noticeably. 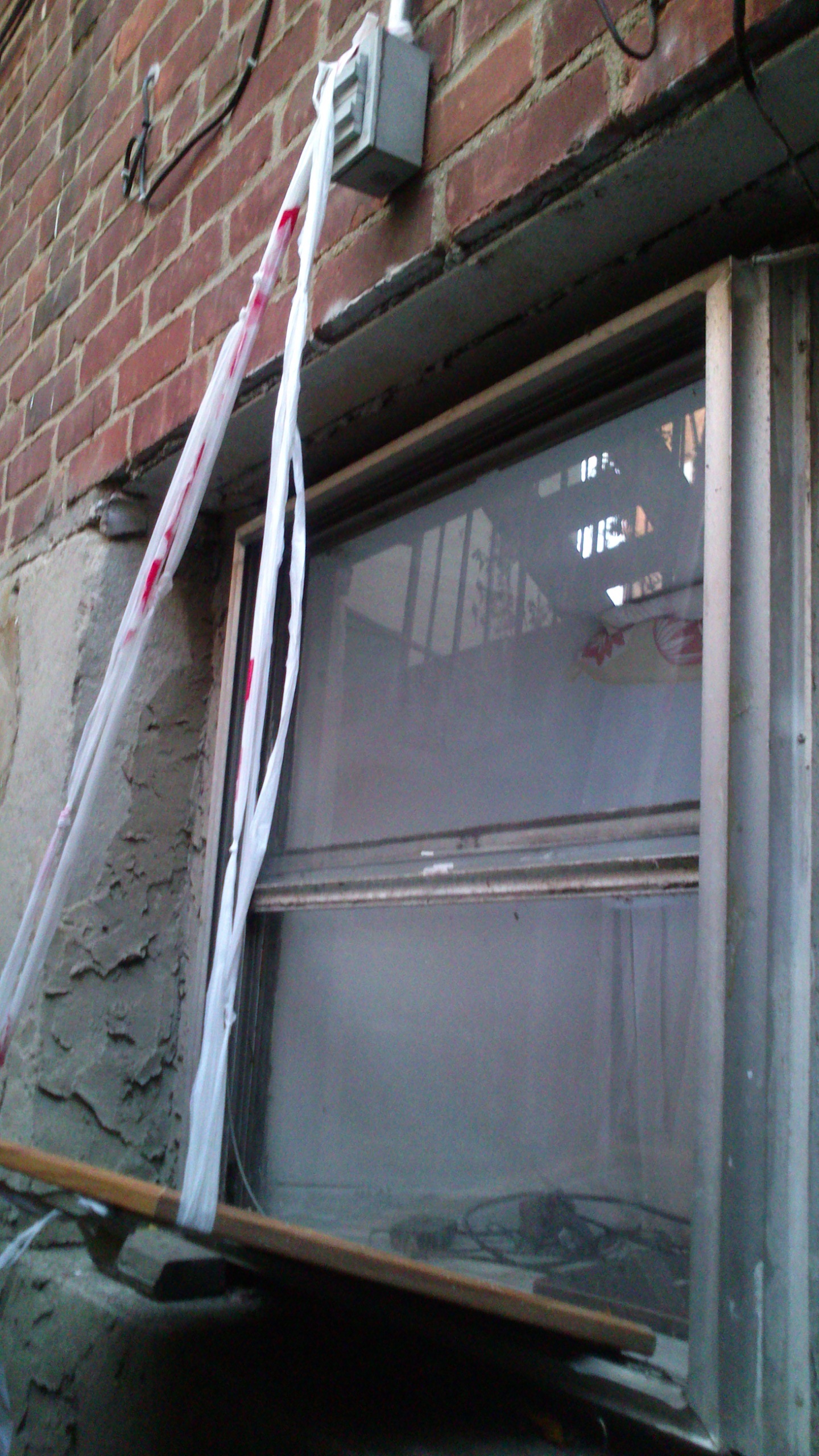